Paper or Plastic? Why It’s Time to Ditch Paper Straws 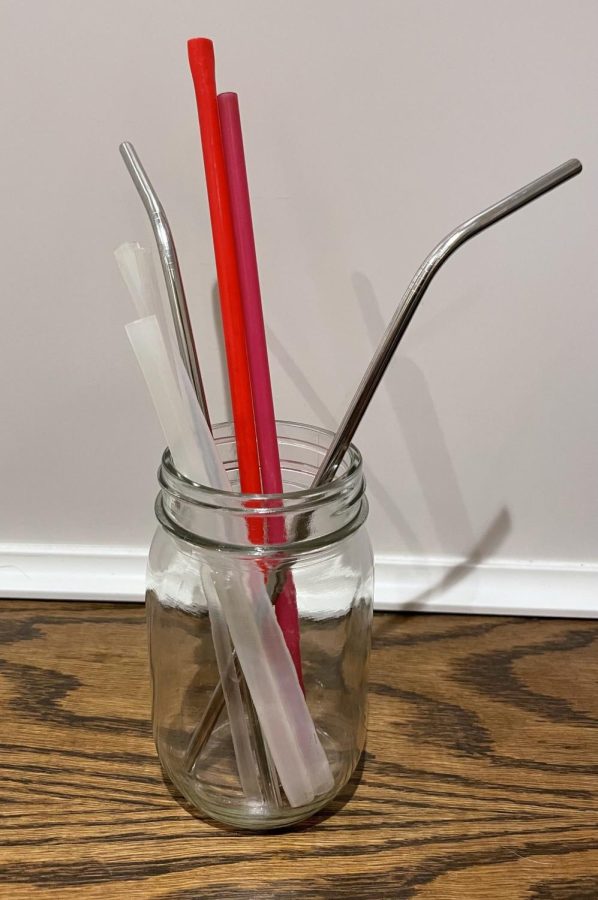 What’s better than the greasy, irresistible smell of a freshly grilled cheeseburger and salty French fries? Or the grease stains around the sides of the hastily closed paper bag? What about the satisfying click of the Coca-Cola can and the fizzing sensation it sends up your nose? Nothing is more satisfying than rewarding yourself with a cheat meal, but the dreadful, earthy taste of wet cardboard when you finally take a sip from your straw is just enough to ruin the experience.

For a while, fast food chains and other dining establishments were fully invested in making the switch from using plastic straws to paper straws. While this goal has been labeled successful by some and unsuccessful by others, one thing can be taken away from this eco-friendly trend among those in the food industry: paper straws are simply not the answer to addressing climate change and protecting the environment.

Many are familiar with the lifespan of the average paper straw. They can last anywhere from less than an hour to up to two full hours (only if they are of higher quality). However, from first hand experiences, I can tell you that they become a disgusting piece of wet paper floating in your drink in less than an hour.

As a result, annoyed beverage seekers like myself may use more than one paper straw on a single occasion, or simply revert to the destructive use of plastic straws. While paper straws, unlike their plastic counterparts, do not account for any of the 8 million tons of plastic that are swept into the ocean each year, they are feeding a continuous cycle of consumerism that takes a toll on our environment.

Paper straws are entirely made out of trees, which society has become increasingly aware are imperative to the exchange of harmful carbon dioxide emissions and the production of clean oxygen for us to breathe. Due to this, the production of these straws are a direct contributing factor to the deforestation that is taking place around the globe.

In fact, according to an article from The Conversation that cited a study from the Food and Agriculture Conversation from the United States, we humans cut down anywhere from 80,000 to 160,000 trees every day to produce paper. While some of these trees come from tree farms, most of them come from different forests around the world. Are we really depriving hundreds of species of wildlife of a habitat so we can sip our morning Starbucks coffee through a short-lived paper straw? The sad reality is that yes, we are.

On top of deforestation, the pulping process that converts tree bark into paper requires about 4 times as much water as the process of producing plastic straws. Not only are we unnecessarily wasting this important natural resource, but the transportation process that gets paper straws from factories to your local coffee shop still harms the environment. Fossils fuels need to be burned in order for trucks to run on gasoline, which we know is the major cause of the drastic rates of global warming.

However, paper straws are not only causing increased damage to the already deteriorating world around us. In fact, they are also harming the health of the public.

A 2021 study conducted from the University of Florida, published in ScienceDirect, tested 43 brands of disposable straws, five being plastic, twenty-nine paper, and nine other plant-based. They were tested for the presence of per- and polyfluroalkyl substances (PFAS) which have been linked to cancer and thyroid disease, as well as proven to damage the liver and the immune system. Additionally, these harmful toxins do not biodegrade naturally in the environment.

The findings of the study were clear: while the plastic straw brands did not have any measurable traces of PFAS, the paper straws had a whopping 21 PFAS in them. Not only are we ingesting these hazardous chemicals when we sip from a plastic straw, but they are also being released into the ground and ground water when the straws begin to break down. This means that the short amount of time a paper straw spends in the landfill is still harming the health of ecosystems across the world.

Is it really worth making the state of our environment worse and even jeopardizing our own health to get the satisfaction of sipping a drink through a straw? While data shows it isn’t, society continues to support that it does.

While some believe that implementing metal straws would be a step in the right direction for creating a more eco-friendly food industry, if the energy processes used to produce and transport them doesn’t change, they are on the same level as paper ones.

As a result, it’s simply time to ditch straws all-together. They do not improve the taste of any beverage, and are merely a luxury that has since made its way into daily life. If you feel like harming the only environment we have and the state of your own health, be my guest. I’ll be sipping my next Starbucks order from the cup.